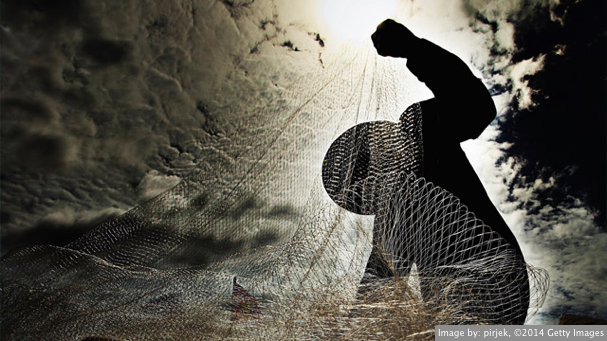 As we begin to close the year out and assess what happened in the enterprise file sync and share (EFSS) world, let’s look at a little history to gain some perspective and possible future directions.

The new technology of document imaging was essentially born in the early 1980s, because of optical disk technology–that is, we had a “relatively” cheap medium to store large files on, and even better, the medium was write once, read many (WORM), meaning it passed as a legal replacement for paper. Within several years, there were a number of vendors getting on the bandwagon, but they struggled with an ever-changing technology, customer wariness and very long sales cycles. As expected, many of these vendors filed for Chapter 11, merged with other similar vendors or were purchased by a larger vendor. In the early to mid-90s, it was pretty grim to be a document imaging vendor.

Nevertheless, a new technology arose on the tails of document imaging. Electronic content management (ECM) and workflow allowed a system to manage office-type files, such as Microsoft Word, WordPerfect, PDFs and other office document types. In the early days of ECM, these systems only managed office documents—not document images—and remained as separate systems. Again, due to a rapidly changing technology, long sales cycles, high prices and adoption issues, the early ECM companies began to struggle, and their fate was to be purchased by larger companies or simply go out of business. For example, PC DOCS (a leader and innovator in the field) was purchased by Hummingbird, which was then purchased by OpenText. Documentum, a leading competitor to PC DOCS, was purchased by EMC, and FileNet, one of the original document imaging companies, purchased Saros (another early leader), a document management company, to add the document management product to its existing document imaging product line. FileNet was later purchased by IBM.

Why was this happening? Because many of these companies were really not doing well financially, their products were either too broad or too narrow, price per seat licenses were astronomical, products were becoming more and more complex to justify the prices, customers were still feeling the burn from failed document imaging systems, workflow was oversold and underperformed and the “technology” was just too unstable and continued to change and evolve at a rapid pace. Many customers began to back off from their vision of an enterprise system, and in reality, very few companies ever achieved a true enterprise system with one vendor.

Is this beginning to sound familiar? Today, we have a strikingly similar situation with the cloud-based sync and share companies in that the technology is rapidly changing, vendor products are not clearly differentiated (does the average company know the difference between Box, Dropbox and Huddle?), customers are very cautious, and the customer base is not replacing their enterprise-wide legacy systems but, instead, buying at the department level, which means sales are for 10 seats, not hundreds or thousands of seats. For the most part, EFSS sales are still at the “try and see” stage, and a company may bring in multiple EFSS solutions in different departments to see which one the users like best.

Think of the leading EFSS companies and their claims that they are in 90% (or more) of the Fortune 100. What this really means is that one group, or person in one department, may have purchased five licenses for Dropbox, but Dropbox counts that as a Fortune 100 customer. For example, I know of one Fortune 100 company with 200 licenses for a leading EFSS vendor. These licenses are for one department, and of the 200 licenses, only 30 are actually being used. Another Fortune 100 company has all of the major legacy systems but also has adopted several EFSS systems at the department level–10 seats here, five seats there.

Some EFSS vendors may also be counting the “free” version of their software as a license in a Fortune 100 company, which is very misleading when trying to analyze the market and establish a baseline. While the EFSS vendors are claiming to do well, most of them are private and/or venture capitalized, which means their actual revenue numbers are hidden until they go public.

Press releases make it sound like the EFSS community is going gangbusters, but the real story may be that the EFSS community is experiencing the first signs of a struggle for market share and revenue. While no one has a handle on this, there are at least 100 EFSS-type companies, with one analyst firm reporting the number to be around 1,000. If we look at some of the peripheral goings-on in the EFSS community, we begin to see a familiar and emerging pattern. In this fast- moving, very competitive vendor landscape, EFSS vendors cannot remain static and expect to make it. The following are changes we will likely see—or are already seeing:
1. Smaller EFSS companies will get bought by larger, mainstream companies. For example, Syncplicity was purchased by EMC Documentum. Expect to see more of this as the smaller EFSS companies run out of cash and larger companies buy them for their customer base.

2. EFSS companies will embrace the channel and begin selling to channel partners, which will broaden their sales footprint. Box announced deals with AT&T, and Office 365 is sold through a number of large resellers, like Verizon.

3. EFSS companies are beginning to “integrate” with competitors to gain market share, e.g., the recently announced integration between Dropbox and Office 365.

4. Add functionality via application program interface (API) connections. Box has a wide variety of apps that it can connect to, as well as other apps connecting to Box. For example, Box can have its own tab on the Salesforce toolbar, and DocuSign can connect to Box as an internal service. Box has also introduced e-discovery with Guidance Software. Expect to see more and more of this type of integrated functionality in the near future.

5. Add specialized functionality that other vendors do not have to differentiate your product from others. Several EFSS vendors have concentrated on security and have developed a platform in which documents are controlled independently, such that document access can be rescinded in XX days or the ability to print/forward the document is limited. Other vendors promote such application enhancements as video conferencing, an instant messaging (IM) service, a virtual whiteboard or project management-oriented applications.

6. Purchase other companies, and integrate their unique technology into the product. A good example of this is Citrix purchasing ShareFile in 2011 and, most recently, buying and adding RightSignature to its product for electronic signature capability.

7. Some early “limits” have now become table stakes and include unlimited storage and very large file size limits for uploading and downloading. Vendors, like Microsoft Office 365 with OneDrive, have the deep pockets to win at this game, but many smaller vendors may find this is not a sustainable business model.

8. Move toward a hybrid model instead of a pure cloud model. The notion of a hybrid model really goes against the pure cloud model, removing many of the cloud-only benefits. However, many vendors are seeing this as a customer demand and will spend valuable development time and resources trying to present themselves as hybrid cloud architecture. Instead of developing hybrid technology, vendors need to demonstrate that data is absolutely safe in the cloud, and for many companies, cloud-based data is actually safer than on-premise data.

9. Feature creep. Many EFSS vendors are under the mistaken notion that “more is better” and that to compete with OpenText or Documentum, they must add more ECM features, like workflow. Please reread the above second paragraph–the big ECM vendors were never that successful. Why were they all bought? ECM vendors made their products so complex that very little of the product is actually used. Think 80/20 in which only 20% of the product is used by 80% of the users. EFSS vendors, don’t give in to feature creep—reread number four.

10. Application-specific orientation. The early ECM vendors learned that most businesses want the vendor to have a product that is specific to their business–insurance companies want an insurance application; banks want a banking application; and manufacturing companies want a manufacturing application. That still holds true today. EFSS vendors are just now beginning to understand this concept and beginning to position their products within vertical markets. Expect to see more of this and EFSS vendors with specialized products that address markets like healthcare, insurance, etc.

EFSS vendors should review the history of our document management community and learn from the mistakes we made 20 years ago (and continue to make). The original EFSS model is a breath of fresh air in our community—hence, the reason for its rapid growth when compared to the legacy ECM vendors. Emulating a failed technology is not the answer. However, making connections to other best-in-class applications is.
Bud Porter-Roth has over 20 years of experience as an ECM consultant, with a focus on electronic document management, records management and paper document projects. Follow him on Twitter @BudPR or contact him at info@erms.com.

Why Organizations Can’t Keep Their Data Safe Next

Why the Future Is Really Just the Past: What's in Store for 2015 Previous
More from FEATURES