I am going to just step up and admit to having watched an entire infomercial. In my defense, and despite the compelling and irresistible siren's call to convert random produce into healthy juice for three easy payments, I did not surrender my credit card number, nor did I salivate hungrily at the prospect of a free set of artificial chamois rags. Instead, I turned off the television and pondered what had just happened. I had just willingly given up almost 30 minutes of my own life to watch a flashy demonstration for a product that I had absolutely no intention of buying. Why? What was it that made this commercial-on-steroids compelling enough to give it the time that could be better spent doing almost anything else, and more importantly, how can this information be of use to those of us concerned with channel management?

Leaving the logistics of actually tuning into an infomercial aside (random channel surfing in my case), three things had to happen for such a program to hold my attention for almost a half-hour. First, it had to capture my attention. Second, it had to hold my attention. Finally, it had to educate me about my need to buy the product. Let's talk about capturing my attention first. The juicer infomercial was loud, kinetic, bright and colorful. When I hit the channel, my eyes were instantly drawn to the screen, which was dominated by the frenetic pitchman shouting and bouncing around the set. It worked: in the few precious seconds it had to keep me from hitting the channel advance button, my curiosity was piqued. Granted, my first impression was not particularly positive, but I did hold off clicking to the next channel.

So, once I realized that I was watching an infomercial about a handheld juicer, why didn't I move on? One word — drama. Every element of the presentation was designed to lead my focus to the next feature and bring me into the presentation. The pitchman's delivery increased in intensity as the show progressed. The studio audience cues were carefully choreographed to gain my sympathetic agreement, and with each passing moment, another exciting feature or deal sweetener was presented.

Ultimately, the drama climaxes with the deal. For about 25 minutes, I learned everything there is to learn about making juice with a handheld juicer. In fact, I'll make one last confession: I was almost tempted to pick up the phone and order because the information that I'd absorbed so effectively "taught" me that I needed the ability to reduce oranges, pineapples, cherries and alfalfa sprouts into delicious and healthy slurries of homogenized mush.

While you could engage an infomercial direct marketing group and produce your own late night, B2B infomercial, I suspect the lesson here is a bit more subtle. If you consider our previous discussions regarding the marketing and sales potential of viral videos and social networking presences, maximizing the exposure and efficacy of your multi-media presentment is key — bearing in mind that the attention span of web browsers is significantly less than that of television viewers. Demonstrate the product, in action. A click-by-click review of features and functions will quickly lose the attention of an impatient web surfer. While the excitement built by an in-your-face Billy Mays-type pitchman is probably inappropriate for most B2B purposes, you can still build excitement and hold the viewers' interest by showing them, in a real-life scenario, how your product or service is indispensable. Remember, people are more interesting than numbers, and colors and motion are more appealing than static tables and text. Applying a few presentment pointers from the infomercial world to your own multi-media marketing presence might increase your sales dramatically.

DAVID MARTINA [david.martina@NEPS.com] is the vice president of systems integration for NEPS, LLC of Salem, New Hampshire, a firm that provides solutions for the automation of document-intensive business processes. 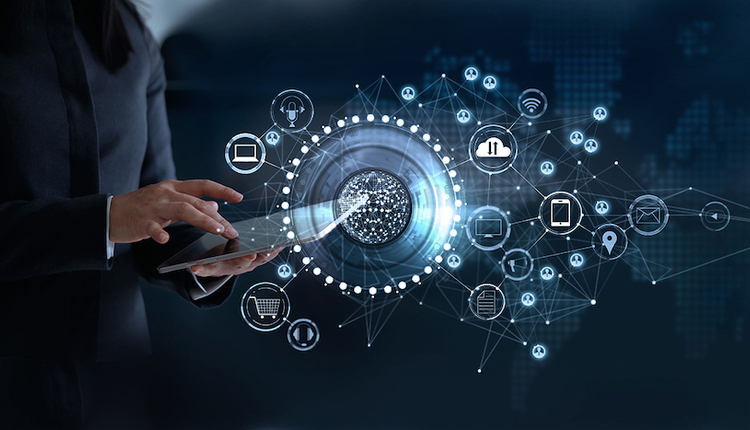