Why You Need an Enterprise Automation Strategy 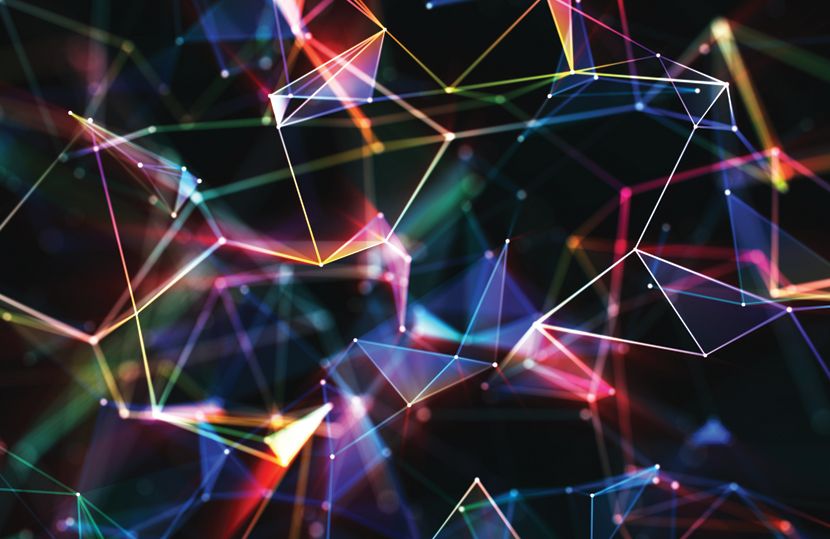 Image by: cokada, ©2019 Getty Images
Robotic process automation (RPA) is a hot topic, and for good reason: It offers a way to mimic and eliminate the manual steps required by humans when performing repetitive tasks. However, it’s not easy or cheap to implement RPA, so it’s not something you should roll out unless it’s part of a broader enterprise automation or digital transformation strategy.
Why, you ask? First, it only addresses task automation—not process automation. As a result, you will most likely still need to orchestrate all the tasks that make up a given process. Too often, enterprises are quick to apply duct tape to an already broken process, ending up with a solution that doesn't do anyone much good. An RPA deployment can be an attractive and practical entry point for a larger automation strategy, but it’s important to also evaluate other business process management (BPM) approaches and technologies during the planning phase as well, even if you reject them in the end.

An enterprise-wide automation strategy can include RPA, BPM, artificial intelligence (AI), case management, and even collaboration. We’ve found that using a framework is a good way to plan and manage these kinds of complex initiatives. After all, a framework is basically a glorified checklist. Note that in our framework example below, it includes the overall strategy, the capabilities needed, the technologies to fulfill those capabilities, structures and processes to manage the program, the budgeting and justification for the project, the development and deployment of the necessary pieces, change management, and eventual longevity of the initiative. 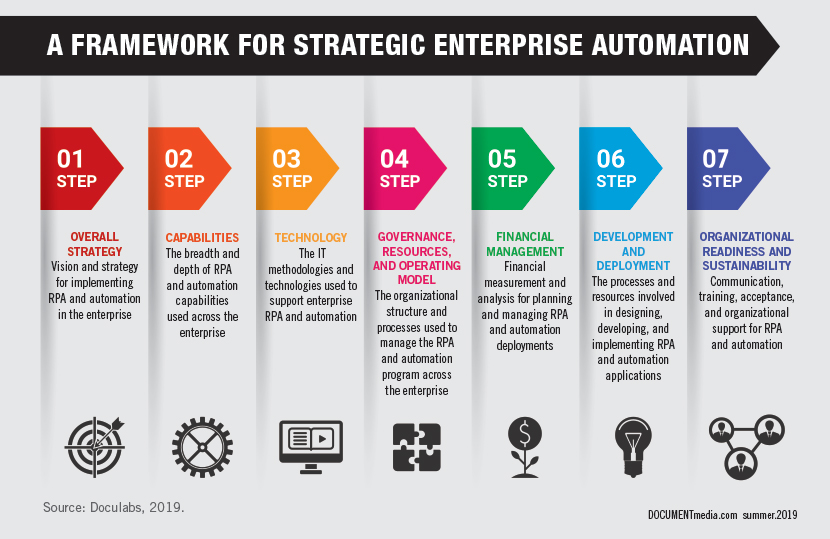 As we mentioned earlier, there are several automation technologies to evaluate and potentially deploy as part of your larger strategy. Macros or scripted automation is the most mature of the bunch and has been around for decades. Essentially, this technology scrapes data from a fixed field location in order to move it to another location. Since it can be brittle and hard to maintain, it’s best to use scripted automation for specific tasks in tactical deployments. Similarly, BPM is also a very established set of tools, and it’s best used for large-scale deployments and transformation. Since it often requires a lot of process redesign and buildup of new applications, BPM can become complex and expensive (like inheriting a giraffe).

In comparison, RPA is still young but quickly maturing and, as such, is best used for repetitive and rule-based tasks. It’s a significantly more sophisticated evolution from the aforementioned macros and scripts. Often, it’s deployed tactically or paired with BPM tools. Finally, AI is best used in complex, content-heavy processes that deal with a variety of data types. Up until recently it was limited to particular domains and was often so hard to change in large operations that it was not worth pursuing. Today it’s become a much more viable technology that you should consider.

"Too often, enterprises are quick to apply duct tape to an already broken process."

Given the highly interrelated nature of processes and task automation, it’s worth taking the time to thoroughly research and plan for an enterprise automation strategy. To get started, first formalize an enterprise automation center of excellence (CoE). We advise to make it IT-heavy and to include the most enthusiastic business stakeholders for building out your proof of concept (PoC).
On the other hand, if you’re taking a pilot approach, it’s best to focus on only one line of business initially. Remember, most automation initiatives start with a decentralized model, but eventually, they transition into a centralized model, which then evolves to a federated model—where the CoE basically shares responsibilities with the individual lines of business (like franchises).
If you take this phased approach, define the IT guidelines and standards (or rules) for expansion. This will control how you deploy process automation and management across the enterprise.
Richard Medina works with organizations in a wide range of industries, including financial services, insurance, energy and utilities, at Doculabs and is an expert in information life cycle management. For more information, visit www.doculabs.com or follow Doculabs on Twitter @Doculabs.

How to Build a Cross-Functional, Multi-Disciplinary Team for Digital Transformation Next 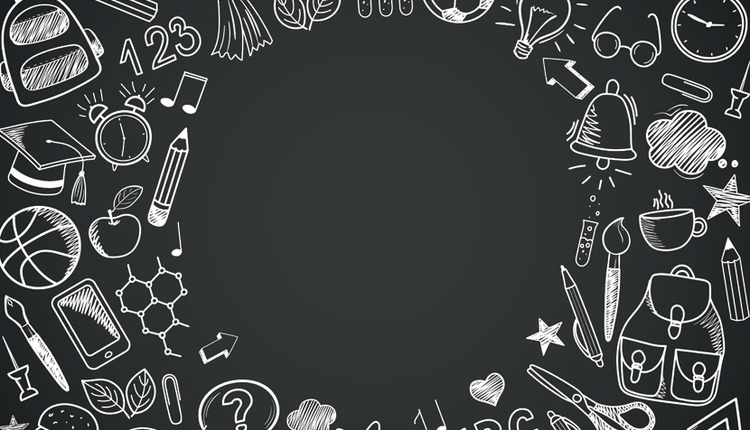