Why Moving to the Cloud Isn't So Easy After All 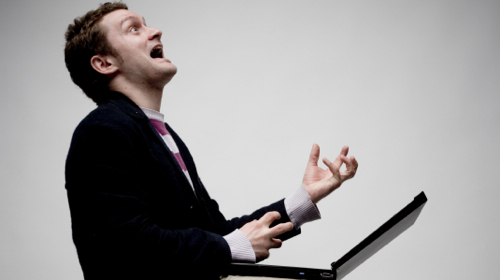 Since the earliest articles on “moving to the cloud,” there has been a tint of color to these articles that suggest inevitablility and ease of getting there. While time will reveal the truth of the former, it is pretty clear that the later challenges credulity pretty much instantly.


If your definition of ease is narrowly confined to whipping out your credit card and ordering up some resources on Amazon AWS, then carry on in blissful peace as a lucky soul unburdened of life's realities. The rest of us will have to struggle on sorting through the truly precarious minefield that stands between life as an owner operator and that promised land of infinite services on demand.


While the issues are many and diverse, let's take a look at security. It's “your” data...right? You can manage it as you see fit...right? It goes where you want it and when you want it...right? Hold on partner, it's not that simple (or, ah...easy).


That cloud vendor will never argue about that data being yours (of course, it's your data), unless you don't pay the bill and your access is shut down while your data is in their cloud. But, you say, "Of course, I'll pay my bill," not to worry about that one. But then, you find out your cloud vendor did not pay their bill and everyone is busy responding to the court order to hand over all those bright and shiny machines to the lien holder.


It's your data, and it is protected by encryption, says the cloud provider. And the keys to that encryption are? Hmm....around here somewhere. You can't have it because it is the same encryption key we have for all our customers' data, and we can't let you compromise security by having the same key we use for Harry's data and Sally's and George's and, you get the picture.


By the way, where is that encrypted data of yours? If your vendor is Turbo Cloud Services down the street, they may be able to point to the SAN in their data center. But what if you decided you need the strength and depth of a major provider. Your data is in, ahh, somewhere around here, maybe Texas, hmmm that might have been yesterday, but then again, they were getting ready to do some upgrades there, so it might be someplace in Crimea or Indonesia at the moment. But don't worry, the world is a peaceful place and your data won't get caught up in a litigation or bankruptcy hold, revolution or tsunami because it is safely esconsed in...lots of places, and when you want it back, your vendor will most certainly see to it that only you will have it and all those other copies will be deleted. Just as soon as they confirm which replication map was in use last week and where they put those darn keys you don't have a copy of.

To the Right Person: Smart Use of Personal Data in Your Content Delivery Previous
More from FEATURES