IT Professionals With Virtualization, Business Intelligence And Network Administration Skills Most In Demand 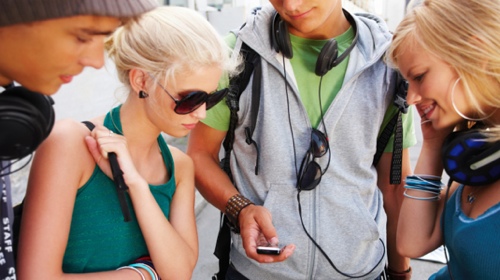 The Majority of UK CIOs (91%) are confident about their company’s likelihood to invest in IT projects in the next 12 months, with more than a quarter (27%) ‘very confident’ according to new research from Robert Half Technology.


The most popular IT initiatives that CIOs have planned for the year ahead include business intelligence and analytics (32%), mobile solutions (32%), application development (30%), information risk and security (28%) and virtualization (27%). Despite the apparent popularity of big data and social media, only 15% of CIOs said they had big data projects planned for the next 12 months, while 16% had plans for intranet/internal social media initiatives and 17% said that they would be running more general social media initiatives including enablement and monitoring.


While CIOs expect to have a busy workload in the year ahead, they are also concerned about finding the right skilled technology professionals. The vast majority (90%) of CIOs say that it is either ‘somewhat’ or ‘very’ challenging to find IT specialists.


The scarcest skills of all are in software development (cited by 40% of CIOs), security (32%), networking (32%), applications development (24%) and data/database management (24%). Quality assurance (9%), project management (11%) and business analysis (12%), though still difficult to source, are less of a challenge to track down.


Technical skill sets that are currently the most in demand tie in with the initiatives planned by CIOs for 2014.For example, the top technical skill sets include virtualization (named by 35% of CIOs), business intelligence (34%), network administration and engineering (30%), database management (29%) and programming languages (29%).


Phil Sheridan, Managing Director, Robert Half Technology said: “It’s interesting that technology and innovation are seen as key tools for businesses to use for growth as the economy improves, and that this is reflected in both the number of IT projects planned and the nature of those projects – notably business intelligence and analytics, mobile solutions and application development. Unfortunately the skills needed to service those projects are the ones in shortest supply. CIOs are likely to need to use a mixture of contract and permanent IT professionals in order to meet the demands of the business going forward.”

Robert Half is the world’s first and largest specialised recruitment consultancy and member of the S&P 500. Founded in 1948, the company has over 350 offices worldwide providing temporary, interim and permanent recruitment solutions for accounting and finance, financial services, technology and administrative professionals. Named one of the Sunday Times’ 100 Best Companies to Work For, Robert Half offers workplace and job seeker resources at roberthalf.co.uk and twitter.com/roberthalfuk.