The document capture market is turning the corner. The heady mix of automation, analytics and business process management is transforming this return on investment.

2012 has been an important year for the document capture sector. In fact, it may well prove to be its most pivotal year so far. For it was in this past year that investments were made that finally seemed to begin to deliver on the promise of truly intelligent document capture.

Of course, capture is nothing new. Throughout its history, much of the attention has been on the hardware side of the equation. However, over the past five years or so, the focus has shifted to the underlying software. Hardware has largely commoditized. Though suppliers may beg to differ, at the high end of the production scanner market, there is little real differentiation.

Where there is differentiation is in the associated capture software—software that has moved on a long way from simply converting captured data to TIFF or PDFs. Today, professional capture software solutions can all accurately do these conversions, as well as read barcodes, and provide optical character recognition capabilities, all at high resolution and at fast rates. The distinction between capture systems, however, is in their ability to read captured information and trigger business process actions accordingly.

Today, many organizations continue to drive document-centric, mission-critical business processes by scanning documents to TIFF and then sending the image on workflows. An employee, in turn, inputs data manually into a business application after reading the captured image. It is work that, in many cases, could be more effectively automated, resulting in faster processing times, fewer exceptions and higher accuracy rates.

In 2013 and beyond, we are going to see ever-more sophisticated automation become the norm. Intelligent capture and associated process management will grow quickly in importance, as it's a business case that is easy to make since it has the potential to deliver both tangible business improvements and a fast return on any investment—benefits that few organizations can afford to ignore.

In 2012, we watched firms, such as IBM, Oracle, Kofax and Lexmark (Perceptive Software), drive aggressively into this burgeoning market with ever more integrated products that combined document capture, analytics, case management, mobile, integration and business process management (BPM) functionality. It is a heady mix of technologies that separately all have an important role to play in modern organizations, but combined they can be transformative. The continued convergence of these technology areas is what will drive the future of the document capture market.

Take Kofax, for example. Over the past year, they have been working hard to leverage and integrate a couple of acquisitions they made in 2011. As of today, Kofax essentially has two key technology components, its flagship capture technology and the 2011 acquired TotalAgility BPM product. Combined, these two can be positioned as a case management solution.

Case management is a term that is much loved by analysts and pundits but has tended to leave actual buyers cold. In simple terms, it provides the ability to manage and build applications process "cases," for example, a mortgage application. This is not something particularly new, but in the past, building such applications was very complicated and expensive. However, the improvements over the past couple of years in terms of basic usability, a move toward configuration over customization, and, most importantly, insight (via analytics) into active and planned processes make case management relatively capable of delivering a fairly quick return on an initial investment.

"The promise here is to embed a form of artificial intelligence into hardware, so that on capture the machine can not only read but also interpret and take actions against the content it has read. This might sound a little fanciful, but the fact is that the technology works."

The move from simply being a capture vendor to a provider of much more comprehensive solutions is one that many in the industry are trying to make. It's a move that makes sense both from the seller's as well as the buyer's standpoint. Certainly, price points will be higher, but with such a solution, entire business activities can be automated rather than the piecemeal approach that is prevalent today.

Similarly, Lexmark, the printer vendor, has also made major investments and is pulling together an integrated end-to-end set of business solutions. Over the past couple of years, they have spent over half a billion dollars on technology acquisitions. In 2012 alone, they acquired Nolij, ISYS Search and Brainware. This followed the 2011 acquisition of Pallas Athena, a BPM vendor.

Brainware is, in our opinion, the most interesting of the product elements, though in fairness, they are all pretty good. A product with a deep and troubled history, Brainware is a technology that has, despite its years, never been fully leveraged. Brainware was originally developed in East Germany around the time of the fall of the Berlin Wall and was involved in some extremely "interesting" use cases by East German law enforcement teams.

It has been through a series of hands since that time, and though originally positioned as an alternative to Autonomy IDOL, Brainware later changed positioning to label itself as an intelligent capture tool. There is, of course, the potential to really exploit the Brainware technology by bundling or even embedding it with the Lexmark hardware, and we expect to see this start to happen in 2013 and to continue beyond.

In simple terms, the promise here is to embed a form of artificial intelligence into hardware, so that on capture the machine can not only read but also interpret and take actions against the content it has read. This might sound a little fanciful, but the fact is that the technology works. The delay in adoption is more about the market not being ready for it, nor have sellers been able to competently articulate the potential benefits. However, this is a situation that is changing fast.

In 2013, we also expect to see a lot more activity from HP, as they begin to truly exploit and leverage their recently acquired Autonomy technology. Indeed, in late 2012, we saw the first fruits of this with the announcement of a new product range, HP Flow CM Enterprise and Professional. These are systems that integrate together high-end MFPs with capture, process automation, search and document management. As 2013 progresses, it is likely that more complex analytical functions, again, essentially artificial intelligence, will be added to this range to trigger and control business functions and processes based on its understanding of the content of captured information.

We haven't even mentioned the success IBM has been seeing with its Datacap software in 2012 or other key players in the market, such as ABBYY, ReadSoft, Capterra, Thunderhead or even open source player Ephesoft. It's a crowded and busy market place and one that is undergoing a dramatic transformation.

Over the coming months and years, there will be winners and losers and more acquisitions. Document capture is moving beyond just capturing information. It is quite rightly merging with the business reasons behind capturing the document in the first place—analyzing the document's contents, driving business processes and automating many business and clerical activities that today remain manual in nature. The technology is coming together quickly and, in many instances, its capabilities far outrun organizations' abilities to leverage it fully. For with such business automation comes, by default, business change, overhauling current working methods and cultures. It is the scale and complexity of this human managerial work, and not the technology, that will temper the pace of change and ensure that the market will evolve slowly over the coming years into a full-scale revolution.

ALAN PELZ-SHARPE is the research director of content management and collaboration at 451 Research, a firm focused on the business of enterprise IT innovation. He has over 20 years of experience in the information management industry, working with a wide variety of end user organizations and suppliers around the world. For more, email alan.pelzsharpe@451research.com.

Strike a Balance between Technical and Business Needs Next
Winning at Dodgeball: Social Media-Style Previous
More from FEATURES

Who on Earth Is Using Paper-Based Faxing in the Enterprise? The Answer Might Surprise You 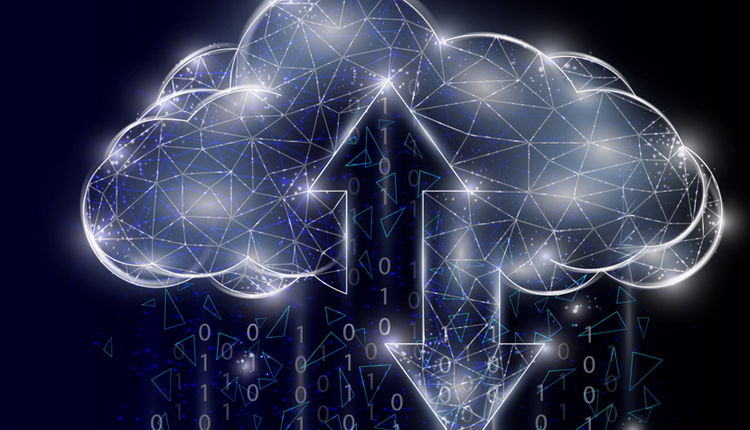