Singularity: The Race Toward a Single View of the Customer 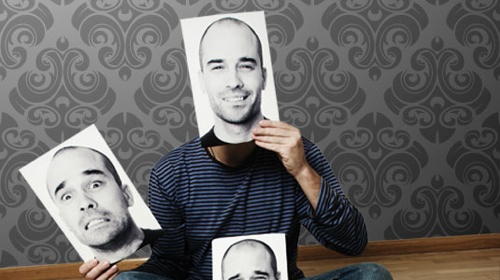 If there is one thing that the technology industry has never been short of, then that would be big ideas. Regardless of how on many occasions, perhaps most, the realization of those ideas falls short of their conceptual hyperbole, the desire to pursue them is unceasing.

Early in June, there was the noisily announced (and quickly dismissed) claim that Alan Turing’s "Turing Test" for artificial intelligence had been successfully passed, though it is doubtful whether Turing had imagined that a broken and somewhat confused conversation with a 13-year-old Ukrainian boy would constitute such a ground-breaking moment.

A near contemporary of the Turing Test is that of the singularity–also known as "Technological Singularity"–which predicts a moment in time where artificial intelligence will have reached such a point that it can exceed human intelligence. In common with all big ideas, it was the coalescence of prior intellectual studies resulting in the distillation of the singularity term itself by Hungarian-American polymath John von Neumann.

It is also doubtful whether von Neumann would recognize his distillation of the singularity in the contemporary desire for the "single view" of the customer, even if the ambition toward that end is a similarly derived coalescence. The "single view" builds upon the desire for organizations to be able to record every facet of its communications with a customer, so that it is better able to offer a consistent way of servicing them, with an eye on the potential to predict how they may act in the future.

"For most, our expertise in recordkeeping over the years has not been matched by our ability to join these records together in a consistent manner."

The opportune word in that last sentence is potential; as we discussed in the past, many organizations are really only just now waking up to the realization that their customers are coming to their doors with an artificially elevated expectation as to how they expect to be served "in context."

The digital marketing industry is currently performing a great deal of expectation setting when it comes to the delivery of such a "single view," depicting a similar—albeit, limited–perspective on singularity. Despite the limitation of being vested, for the most part, in an online existence, nonetheless, being able to accurately predict future customer behavior based upon prior activity in an automated, highly scaled manner is a lofty aspiration.

Especially lofty given the fact that, for most, our expertise in recordkeeping over the years has not been matched by our ability to join these records together in a consistent manner. Even for those organizations where such records are relatively straightforward–for example, with e-commerce providers–customers are often presented with a bewilderingly inaccurate attempt to recognize what their true browsing behavior signifies in terms of buying intent. For brands, it is even more difficult; anecdotally, I’m still retargeted with adverts from a manufacturer for a car that I researched and, subsequently, purchased nine months ago. Annoying in the first instance due to irrelevance, doubly so when some of that retargeted suggests that I might have marginally overpaid.

"It’s always been possible for small business owners to be personally invested in their customers."

None of this suggests that even that limited view on singularity is on the immediate horizon. The organizational and informational complexity, let alone any technical limitations, make much of the talk of the "single view" redundant for most organizations. Panaceas are good to recognize for sure, and what customers see in the form of forward-looking demonstrations from vendors typically are just that; a recognition of what the world could look like, if all that messy and complicated reality type stuff just went away in an instant. It’s that which drives that desire to "rip and replace;" the dream of a future unencumbered by the past.

If there is a place where such a vision is not only possible, but actually being realized, it is not in the largest of organizations, but within the smallest. It’s always been possible for small business owners to be personally invested in their customers; again anecdotally, my Grandad was a greengrocer, and I’m pretty convinced that he not only knew but could actually recall the purchase history of every shopper in his store. I reckon he’d even been able to give a decent prediction of what they’d buy in the future too, given that recall (in a trait that I’ve sadly failed to inherit, he was a gifted with great mental arithmetic skills, calculating whilst driving his van on deliveries on how long it would take to drive to various celestial bodies, complete with petrol consumption and vehicle service intervals).

Looking toward how these micro-sized organizations are embracing the ability to use technology to automate what they’ve always done well–personal service–and begin to work at scale is a hint toward how that "single view" must be built, on a foundation of strong, well-recorded customer relationships.

What Is Mopria Alliance, and What Do They Have to Do with Your Mobile Printing Previous
More from FEATURES